The Haunting of Hill House

If you haven’t watched this show on Netflix yet, you’re missing out BIG TIME. If you haven’t heard about it at all, you must be living under a rock. This is based on the book of the same name by Shirley Jackson (which on my wish list for Christmas this year). The characters are all amazing and it is legitimately creepy. The storyline is fantastic. I highly recommend it to everyone.

Castle Rock was amazing. It was like a mixture of all your favorite Stephen King movies plus some really twisted stuff. All of it is available on Hulu now for your convenience. You also have to pay a lot of attention because it can get very confusing!

This movie was freaking insane. I thought it was super scary and disturbing but then other people have told me that it was dumb. I’m not sure what to tell you about this besides the fact that it creeped me out. Plus, it was also scary when I realized it was filmed in Utah and I recognized some of the places in it. I didn’t like that one bit.

This movie came out on Netflix last year but if you haven’t seen it and you like scary movies, you should. It’s filmed in Spain so there are English subtitles but that doesn’t stop it from freaking you out. I was scared while watching it the first time but then I liked it so much, I watched it with my friends and family again.

I watched this movie while folding laundry so I can promise it’s not the scariest one out there. There are some jumpy parts to it and the sound of the Babadook is not the friendliest. Definitely worth watching though! 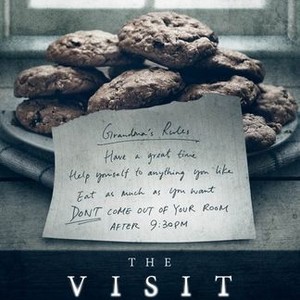 People are going to think I’m so dumb for mentioning this one but I’m pretty sure I screamed out loud at one point. It was just disturbing and now I don’t trust anyone’s grandparents!! Also, their take on sundowning is the creepiest thing in the entire world.

I watched this when I was younger and it completely scarred me for life. I remember having to turn on SpongeBob after watching it. Whenever that happens as a child, I will try to rewatch the movie as an adult to get over that fear. It usually works out pretty well and I realize that it was all irrational. However, this is one movie I still haven’t been able to finish as an adult. I got really courageous a couple months ago and I tried watching it with Cody and we didn’t finish it. It’s freaky! IT’S ALIENS, OKAY?

If you haven’t seen this movie yet, I’m very upset with you and you’re far behind. Don’t watch anything else until you watch this one first. It’s pretty awesome. I didn’t see any of it coming.

Okay, I lied. This one is also a terrifying movie that I still haven’t brought myself to watch 10 years later. It freaked me out so bad because it was based on a true story! AGH.

This only applies to the first one but it is scary. I still think about the red devil guy sometimes and I have to watch something happy instead to take my mind off of it. I think it’s very well made and it’ll getcha.

You can’t let October go by without watching a classic Halloween movie. That’s just ridiculous. Plus, they’re not even that scary! Here are my favorite originals that are always worth a watch:

Anyway, go watch these and thank me later when you can’t sleep.

This site uses Akismet to reduce spam. Learn how your comment data is processed.